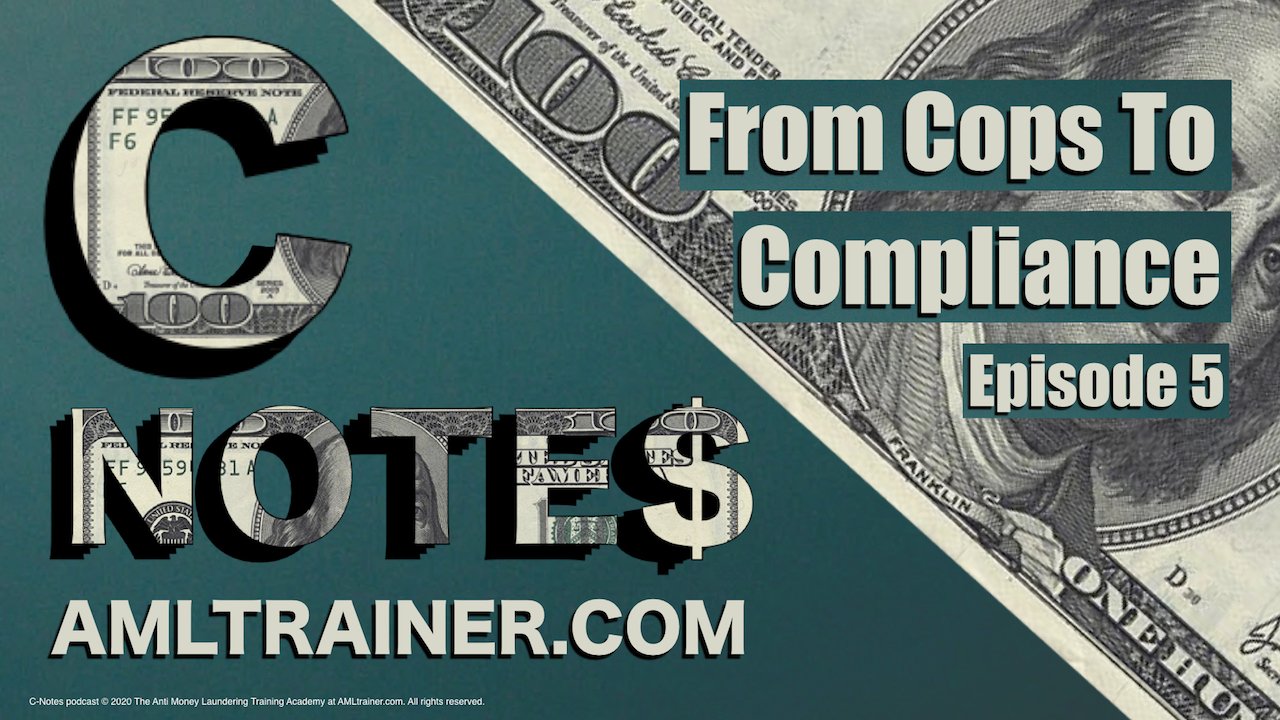 From Cops To Compliance

View The C-Notes Video Or Listen To The Podcast Below

Have a seat at the table with three retired law enforcement officers who each followed the money. Learn how they moved up the ranks to specialize in combating financial crime during the onset of so many of todays anti money laundering (AML) regulations. Regulations that came to shape some of todays most important aspects of the Bank Secrecy Act (BSA). Hear the harrowing descriptions of their early undercover and investigative days all told with the levity of humor that officers who have faced the ultimate danger often share with one another. Learn from their experience as they share their opinions on how AML programs both in law enforcement and in the private sector could be improved and what they project for the world of AML. Join:

Don’t miss this entertaining and informative episode of C Notes! This episode will leave you wanting another “choir practice”. 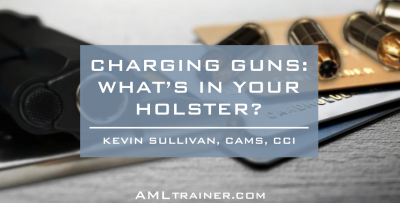 CHARGING GUNS: What’s In Your Holster

Many individuals and organizations are exploring ways to address the growing mass shootings in the U.S. CBS News, The Wall Street Journal, The New York Times, and KPCC radio have all contacted me for an interview to explore the potential of one of the proposed solutions by asking the following question, “Can credit card data be used to prevent some gun related violence?”  Let’s detail this idea. 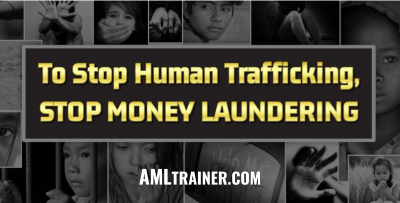