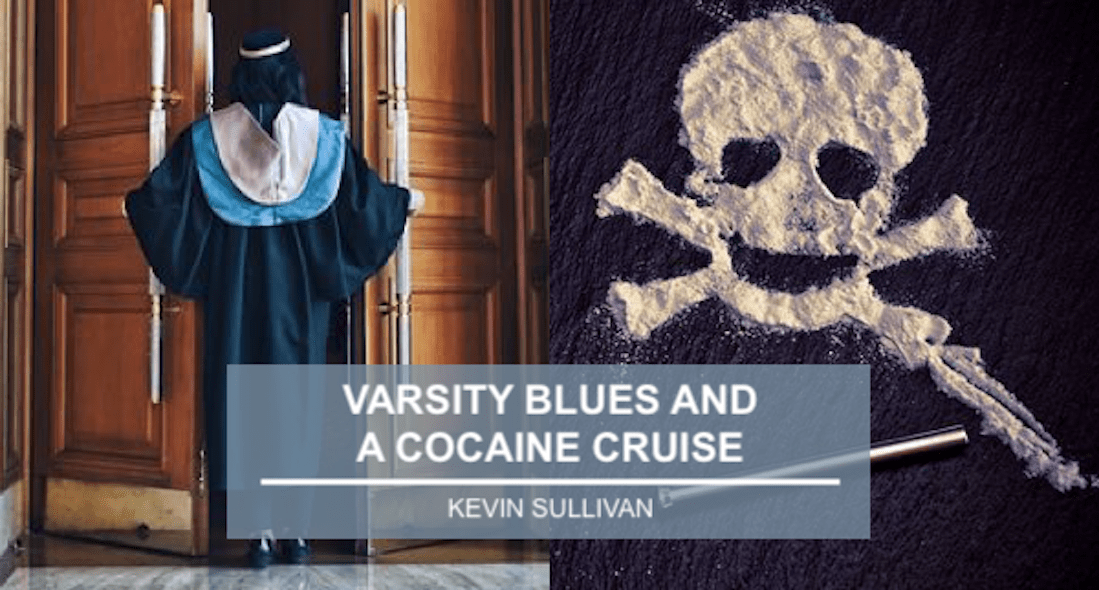 Varsity Blues And A Cocaine Cruise – Media Headlines And Your Role

In the last few days there have been two major predicate crime incidents. One is the university admissions scandal and the other is a drug bust in NYC. I would like to address the role a financial institution should be playing in ongoing law enforcement investigations. Several institutions have already been contacted and subpoenas have been issued. However, financial institutions can and should do more.

In the case of the university admission scandal at least 50 people have taken part in cheating on standardized tests or bribing college coaches and school officials to accept students as college athletes, even if the student had never even played the sport. The students’ parents, with the assistance of, and, under the direction of, William Rick Singer, a college admissions prep company CEO, paid between $15,000 & $75,000 to have a third party take the test in place of the student. The phony test taker would bribe the test administrators for their willful blindness. In the second prong of the scandal, college coaches were bribed to make recommendations for a student who would subsequently be recruited as an athlete even if the student never played that sport. Mr. Singer used a charity called Key Worldwide Foundation to launder the funds.

In the other recent event, ICE, CBP, DEA, Coast Guard, NYPD and NYSP seized approximately 3,200 lbs of cocaine at the Port of New York/Newark with the street value of approximately $77 million. The cocaine was located inside a shipping container that was shipped from Colombia. The shipping manifest indicated that the container carried dried fruit.

So what does either or both of these events have to do with you and your AML team? It could be a lot. While law enforcement has already commenced these investigations and issued subpoenas there may be more subpoenas to follow if law enforcement uncovers other possible persons of interest. Anytime you hear about a major predicate crime you have to figure that there is money involved and therefore there is or will be an attempt to launder those illegally obtained funds. Each and every AML department should take it upon themselves to see if their institution could be involved in these cases. The names of those arrested in the student scam are available as public knowledge. You should be typing the names of those arrested or connected to the case and their pedigree information into your systems to verify if you’ve had any transaction activity with them. There is a lot of money involved here and it is possible that law enforcement is not aware of every single account. Ask yourself some simple questions. How was the money getting from point A to point B? Are there any wire transfers that are odd? Cash deposits? Extra safe box activity? Micro-structuring? If you have one of these arrested subjects, family members, a business they own, or a charity they run, you should be commencing a long hard vertical and horizontal review of those accounts and transactions. Is it possible that knowing what you know now, some of your customers transactions could be re-classified as suspicious. It is ok and required to submit a SAR even long after a transaction or incident occurred if new information comes to fruition that sheds a new light on that transaction.

The same concepts apply to the seized drug case. Once more information is released by law enforcement then AML departments should be reviewing bills of lading, companies involved, who’s shipping, who’s receiving, who’s transporting, who are the beneficial owners? Do you have anyone as a customer or perhaps anyone listed on a CTR as making a transaction for a customer, or as a counter party, then once again perform a vertical and horizontal analysis of the activity. Who makes the deposits? Where are the withdrawals? Credit? Think about this, where is all the cash or monetary instruments that paid for the drugs? Is it still sitting in a stash house? Getting ready for some funnel type activity? In the process of being refined? Hmmm.

Here’s my bottom line. When you see events such as those listed here, you should take a proactive approach and take it upon yourself to pull records and files. You really don’t want your institution’s name getting caught up in something shady or worse your institution being viewed as negligent if there were some lapses in your AML program. Further, you most certainly want to do your part in the big picture of anti-money laundering and get the proceeds of crime out of the hands of the bad guys.

Additional Articles That May Interest You

For more info or training and advisory help with your AML program contact The AML Training Academy and Advisory LLC at: